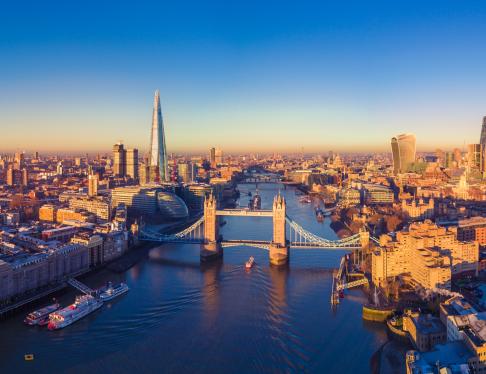 What are the key changes being made by the 2018 Rules which practitioners need to be aware of?

Such appeals will be heard by the Court of Appeal. Leave to appeal will be granted where the case raises an important point of principle or practice, or where there is another compelling reason for leave, making the test to operate on the same basis as that for appeal from the Upper Tribunal. That change is particularly important given that the IPT is empowered to determine its own procedures.

An application for leave to appeal must be filed with the IPT in writing within 21 days of the IPT’s determination (rule 16(1)). An application outside that time period will be accepted only if the IPT is satisfied that, by reason of special circumstances, it would be unjust not to do so (rule 16(2)). The IPT may decide whether or not to grant leave without a hearing. If it refuses leave, the applicant may make a renewed application for leave to the Court of Appeal (rule 16(3)).

What impact will these changes have in practice?

As a result of a proposal submitted during the Home Office consultation, the 2018 Rules introduce a new process for when a respondent refuses to consent to disclose information that the IPT considers is required. The IPT may now make directions if, following a direction, the respondent elects not to disclose to the complainant documents or information, or at least a summary of that information. That includes the important power to direct that the respondent must not rely on material that the IPT directed must be disclosed but has not been.

That change is complemented by a further amendment which puts in place a process for disclosure where an arguable error of law is identified by a counsel to the IPT. The IPT will hold a hearing without the complainant. As a result of that hearing, the counsel may be compelled to disclose the error to the IPT which will in turn disclose it to the complainant (rule 12). There is no requirement for an application for leave to appeal to state the ground of appeal where the counsel has notified the IPT of an arguable error of law and the IPT has not disclosed that.

Importantly, the 2018 Rules have been designed to reflect the important practice of holding open hearings wherever possible. For example, where the IPT makes a determination that is not in favour of the complainant, it must provide the parties with a summary of its determination, if it considers it necessary in the interests of justice to do so (rule 15(3)). There is a greater obligation where the IPT makes a determination in favour of the complainant. In those circumstances, it must provide both parties with the determination, including any findings of fact (rule 15(2)).

Why are these provisions being introduced?

The IPT was established to ensure that the UK met its obligations under Article 13 of the European Convention on Human Rights providing that:

‘Everyone whose rights and freedoms as set forth in this Convention are violated shall have an effective remedy before a national authority notwithstanding that the violation has been committed by persons acting in an official capacity.’

The IPT considers complaints under the RIPA and claims under the Human Rights Act 1998 (HRA 1998). In practice, that means that it investigates and determines allegations that public authorities or law enforcement agencies have used covert techniques unlawfully or otherwise unlawfully infringed privacy rights. It has broader powers of investigation in respect of security and intelligence agencies alleged to have breached human rights. An agency may use intrusive powers unlawfully where the legal basis for the deployment of those powers, as set out in RIPA 2000, is not made out.

The IPT is the first court that deals with such sensitive matters to establish inter partes hearings in open court. Arguments take place on the basis of ‘assumed facts’ so that the IPT considers arguments as to substantial issues of law on the basis that the factual allegation is true. That enables the court to determine complex legal issues but removes the potential risk to national security. Having determined whether the conduct alleged, if it had occurred, would have been lawful or not, the IPT may then hold a ‘closed’ hearing in private to determine factual issues.

Since its inception, the IPT has been governed by the Investigatory Powers Tribunal Rules 2000, SI 2000/2665. However, those rules were replaced on 31 December 2018 by the 2018 Rules which apply to all proceedings an complaints, including those currently before the IPT (rule 4(a)). The government thought it necessary to introduce new rules to better reflect the practice and procedures that the IPT has developed since it was established in 2000 and to allow for greater clarity in respect of those procedures. In addition, the rules had to be updated to provide a route for the new right of appeal.

The government intends to review the 2018 Rules in 2023. It is anticipated that five years will provide sufficient time for an effective qualitative review of the impact of the 2018 Rules. The review will be conducted by the Home Office in consultation with the IPT and other organisations and individuals that have regular involvement with the IPT.

That complements IPA 2016, s 260 which requires the Secretary of State to report on the operation of IPA 2016 within five and a half years. The report will include a full review of the operation of appeals from the IPT.

Carolina Bracken specialises in fraud, consumer law, and professional disciplinary proceedings. She acts for both the prosecution and defence.

The views expressed by our Legal Analysis interviewees are not necessarily those of the proprietor.

This article was first published on Lexis®PSL Corporate Crime on 4 January 2019.