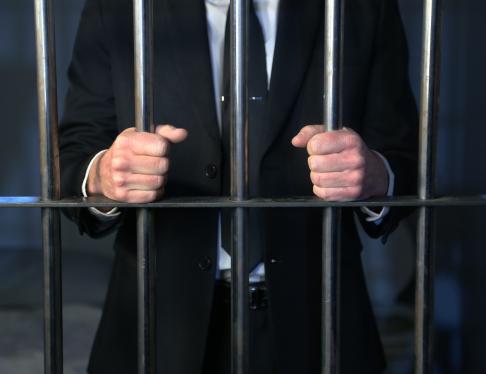 The thought of a conviction for a dishonest offence fills all professionals with a sense of dread. A moment of naughtiness, or a course of conduct which is so easy to justify in one’s mind as equivalent to a white lie can lead to the most devastating consequences: loss of career, reputational damage and financial ruin.

Adam Kemeny, until recently a newly qualified solicitor with a seemingly promising career, is the latest in a long line of professionals to face such consequences. After repeatedly and deliberately failing to pay for rail fares over a number of months on his journey to work, he was stopped by a ticket inspector and investigated for fare evasion. Upon informing his employer of the investigation, he was dismissed from employment. He was then subject to disciplinary proceedings before the Solicitors Disciplinary Tribunal. The Tribunal found that he acted dishonestly and that his conduct amounted to a failure to act with integrity. He was struck off. In deciding that was the only appropriate sanction, the Tribunal referred to the Tribunal’s judgment in Bolton v The Law Society [1993] EWCA Civ 32:

“Often he [the solicitor] will say, convincingly, that he has learned his lesson and will not offend again…All these matters are relevant and should be considered. But none of them touches the essential issue, which is the need to maintain among members of the public a well-founded confidence that any solicitor whom they instruct will be a person of unquestionable integrity, probity, and trustworthiness…The reputation of the profession is more important the fortunes of any individual member. Membership of a profession brings many benefits, but that is part of the price.”

All professionals, whether operating in legal, medical or financial areas, face similar grave consequences if found to be dishonest by their respective professional bodies. An emphasis on integrity lies at the heart of all professional codes of conduct.

Although an extreme example, Mr Kemeny’s case demonstrates that investigation and/or conviction for railway fare evasion can end a professional career. Millions of people take the train each day and mistakes with tickets can occur. Professionals should equip themselves with a sufficient understanding of the law and what to do if accused of an offence.

A person stopped and accused of travelling without a valid ticket usually faces investigation and potential conviction for one of two different types of offences. The difference is between Railway Bylaw offences and offences under the Regulation of Railways Act 1889.

The Railway Bylaws are a set of rules relating to conduct on the railways which have the force of law. Where someone is accused of not having a valid ticket, the identification of the bylaw which that person may have breached depends on if they are in a compulsory ticket area (bylaw 17) or if in a non-compulsory ticket area, whether they have boarded a train (bylaw 18). If in either of those situations, if the person does not have a valid ticket they are guilty of a breach of the bylaw. A compulsory ticket area is usually identified by a notice to that effect; the general rule is that areas behind ticket barriers qualify.

The bylaws do not require the prosecutor to show a court that a person was dishonest in order to prove a breach. The prosecutor does not need to show that a person intended to travel without a ticket. All the prosecutor needs to show is that the person did not have a valid ticket in the relevant area. Whatever excuse a person may have is irrelevant. It is for this reason that train companies usually decide to charge those accused of fare evasion with bylaw offences: it is easy to prove and difficult to challenge in the courts.

While not particularly serious on the overall scale of offending, the circumstances in which a bylaw was breached may indicate to a professional regulator that a person has acted dishonestly. For example, if there is evidence on an oyster card that a person has repeatedly dodged fares then this could be taken as evidence of dishonesty. TFL, in particular, make a habit of checking oyster card history.

Bylaw offences carry a fine. For that reason, they should remain as unspent convictions on a person’s record for 1 year.

A prosecutor also has a set of offences he can charge which are more serious due to the penalty they attract upon conviction. Under section 3 of the Regulation of Railways Act 1889, a person is guilty of an offence if he or she:

Travels or attempts to travel on a railway without having previously paid his fare, and with intent to avoid payment; or

Having paid his fare for a certain distance, knowingly and wilfully proceeds by train beyond that distance without previously paying the additional fare for the additional distance, and with intent to avoid payment; or

Having failed to pay his fare, gives in reply to a request by an officer of a railway company a false name or address.

For the first two offences ((a) and (b)), which involve either travelling without paying a fare or taking a journey further than is allowed on the ticket, the prosecution have to prove that a person intended to avoid payment. It is therefore more difficult to prove these offences than a bylaw offence. However, it is far from impossible. For example, if a person upon being stopped by a revenue inspector makes an admission that they did not intend to pay for a ticket (for whatever reason, including lack of money) they risk investigation and prosecution for this offence. Travelling with the intention of not paying a fare amounts, in almost all circumstances, to dishonesty. Investigation for these offences therefore presents a serious risk to the career of professionals. The final offence of giving a false name or address (c) may be committed where a person, acting under great stress and fear of being convicted, makes a misguided decision to lie to get themselves out of the situation. Revenue inspectors generally have means to check that names and addresses given are accurate. If found guilty of this offence, a court has concluded the person is dishonest.

Conviction for any of the offences under the Regulation of Railways Act 1889 can lead not only to a fine but could lead to imprisonment for up to three months.

If you face investigation for a fare evasion offence, it is important to seek expert advice from experienced lawyers as soon as possible. Appropriate and detailed advice, early engagement with prosecutors on your behalf, and robust representation may prevent findings of dishonesty which, as Mr Kemeny’s case demonstrates, will cripple any professional aspirations.