She acts for both the prosecution and defence, and is instructed for her proficiency throughout trial and at the confiscation stage.

Carolina is regularly instructed in high-value and complex confiscation proceedings that would ordinarily be beyond counsel of her call. Current instructions include acting for the defendant in contested proceedings in which the alleged benefit is £60 million, and which involves allegations of tainted gifts and hidden assets. She has recently secured an agreed order for a mortgage fixer (with a nominal £1 available amount) in the largest mortgage fraud ever prosecuted in England and Wales.

Carolina has conspicuous expertise in representing interested parties under the new section 10A of the Proceeds of Crime Act. She is often instructed by third parties on a direct access basis. She deploys her knowledge of property law in order to protect her clients’ assets from confiscation. Through experience, she has learnt how the involvement of a third party can also assist the defendant in reducing the assets available for confiscation. In addition to confiscation, Carolina frequently acts in and advises on cash seizure/forfeiture, enforcement, and restraint

Carolina is repeatedly instructed by several trading standards departments in relation to a wide range of consumer cases. She is usually instructed prior to charge, and is sought after for her ability to act from that early stage, throughout the trial, and in proceedings under the Proceeds of Crime Act, from cash forfeiture and restraint to confiscation.

During her secondment as Senior Prosecutor at the Brent and Harrow Trading Standards Service, she was involved in the Service’s civil forfeiture caseload, and provided advice in relation to the Enterprise Act 2002.

Current instructions include a multi-handed trade mark and money laundering case involving £10,000s worth of counterfeit goods, and prosecuting a travel agency that fraudulently failed to book flights and hotels for consumers

Carolina prosecutes on behalf of Local Authorities in a variety of criminal cases, including Town and Country Planning Act offences, environmental offences, and health and safety prosecutions. She also acts for the police in applications, including for Football Banning Orders, Sexual Risk Orders, and Domestic Violence Protection Orders.

Carolina frequently represents professionals before their disciplinary tribunal, specialising in medical/care professionals. Often, she represents the professional both at the disciplinary stage and in linked criminal proceedings. She has appeared before the GPhC, NMC, GDC, and HCPC, and has also represented police officers. Recent cases include: a conditions of practice order (to continue drug testing) for a paramedic who accepted stealing codeine from his ambulance to fuel his addiction; a finding of no misconduct in respect of a nurse in charge of a patient who died whilst unsupervised; and representing a police officer charged with perverting the course of justice (the prosecution offered no evidence on the day of trial).

In connection with her professional discipline practice, Carolina appears on behalf of Interested Parties at Inquests, usually in the context of healthcare failures.

Carolina is a registered direct access practitioner and welcomes instructions from members of the public.

She has considerable experience of representing professionals facing prosecution for fare evasion, and frequently persuades prosecuting authorities to discontinue proceedings through written representations, without the need for a court hearing.

Led in money laundering and tax fraud, in which the offences had been committed over more than a decade. Mitigation involved the preparation of a detailed note, based on complex accountancy evidence, as to the total value of money laundered.

Represented a defendant who accepted forging documents to secure employment and work as a pharmacist, when he had failed his qualifying exams. Received a suspended sentence, despite unfavourable case law.

Successful application to dismiss in case involving the fraudulent sale of jewels. The defendant was linked to the location of sale by DNA and fingerprint evidence.

Represented mother from point of charge, who accepted defrauding her employer of c.£200,000 over prolonged period. The prosecution agreed to reduce total value of the fraud, in accordance with Carolina’s detailed schedules (that also formed the basis of benefit at the confiscation stage). The judge accepted Carolina’s submissions in respect of Petherick, and imposed a sentence significantly below that suggested by the guidelines.

Secured agreed confiscation order with £1.2m benefit and defendant’s available amount only £865 cash seized on arrest, where Crown had sought benefit of £4m and finding of hidden assets. Defendant was joint head of OCG in largest ever heroin seizure in Wales (c.40kg).

Represented mortgage fixer in largest mortgage fraud ever prosecuted in England and Wales. Secured agreed confiscation order at quarter of benefit alleged by prosecution, and with nominal £1 available amount.

Carolina represented the wife of the defendant, who had been convicted of mortgage fraud. The wife was made a party, under section 10A POCA, to confiscation proceedings in which the prosecution identified in excess of £300,000 benefit from general criminal conduct. Following written and oral submissions on Waya, the court found nil benefit, and acknowledged the wife’s interest in the relevant property.

Led by Ben Douglas-Jones. Secured a confiscation order limited to particular criminal conduct and a six-figure benefit figure in respect of the leader of an Organised Crime Group where the focus of the investigation had been on a multi-million pound mobile phone insurance fraud. The case received national media coverage: http://www.bbc.co.uk/news/uk-wales-south-west-wales-34615963.

Led by Andrew Johnson. Prosecuted a trader who ran three businesses purporting to sell EPC certificates as part of a “complex, dynamic, and deliberately misleading system…for the cancellation of contracts” (as described by the trial judge). The defendant pleaded guilty on day 5 of the trial, after several consumer witnesses had been called.

Prosecuted directors of travel agency that carried out a large-scale consumer fraud/aggressive commercial practice, taking payment for hotels/flights that were never booked. Carolina advised on the investigation pre-charge, drafted the informations, and represented the prosecution throughout court proceedings.

Prosecuted a family responsible for significant online sales of counterfeit goods, and money laundering. The defendants entered guilty pleas, and an agreed confiscation order was made at the time of sentencing.

Prosecuted a trader for fraud and consumer offences committed against, inter alia, an elderly couple. Adaptations were made to facilitate the defendant’s physical disabilities and low IQ. Following conviction, the defendant received a custodial sentence.

Represented a paramedic who admitted misconduct, having stolen codeine from his ambulance whilst at work to sustain his addiction. Impairment was found on public interest grounds only, and he was directed to comply with conditions to continue drug testing.

Represented a nurse who faced multiple allegations that she had not escalated the deterioration in a patient’s condition, where the patient died whilst under her care. All contested allegations were dismissed, and there was finding of no misconduct.

Represented a social worker alleged to have kept inaccurate and false records, including allegations that she deliberately misrepresented that visits had taken place when they had not. The foster carer of one child involved gave evidence via telephone that several recorded visits had not taken place. All allegations were dismissed, and there was a finding of no misconduct.

Represented the manager of nursing home, accused of managerial and personal failings, where a patient had died. All contested allegations were dismissed, and there was a finding of no misconduct.

Instructed to advise a pharmacist in relation to a potential judicial review of NHS England’s delayed decision-making, which would have frustrated her client’s change of ownership application. The case was settled ultimately without the need for a court hearing following representations drafted by Carolina.

Represented defendant who acted as the link between Albanian cocaine importers and the UK OCG. The defendant’s early guilty plea following advice resulted in favourable sentence.

Secured acquittal in trial for assault by penetration, in which the complainant’s DNA was found under the defendant’s fingernail.

Secured acquittal on retrial for burglary, in which the defendant had 30 years of previous convictions for burglary.

Defendant pleaded guilty, and was sentenced to 100 hours unpaid work as part of a community order, having been prosecuted for conspiracy to rob. This was a ‘honey trap’ case, where the complainant was beaten with a dog chain.

Represented police officer charged with perverting the course of justice. The defendant had made significant admissions to senior officers. Following strategic disclosure, the prosecution offered no evidence the first day of trial.

DPP intervened in private prosecution following representations that the prosecution was not in the public interest. 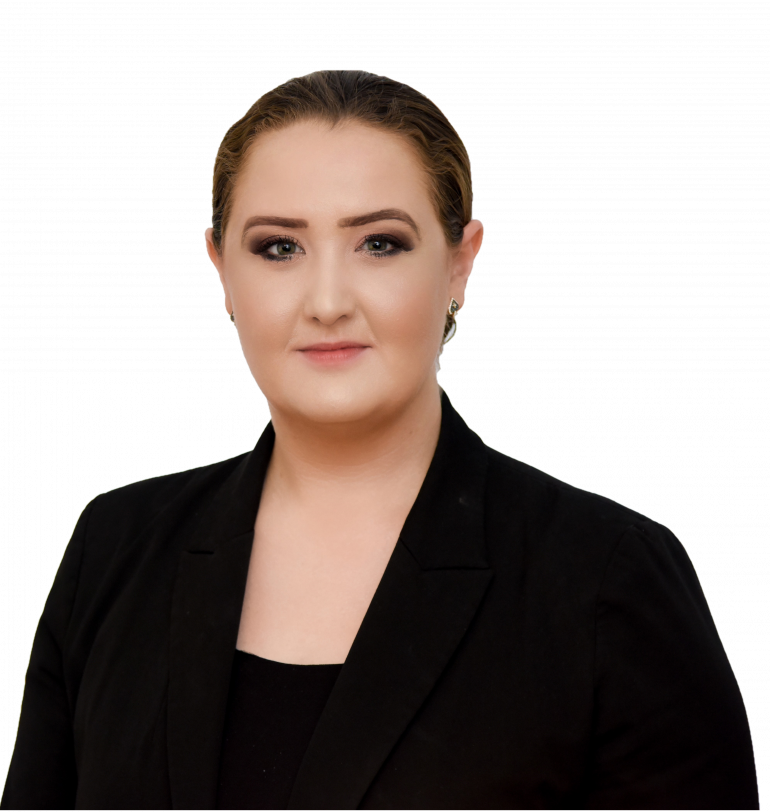 She is extremely knowledgeable without an ounce of arrogance. Very grounded and a pleasure to work with
Email
PDF
VCard
Call: 2012