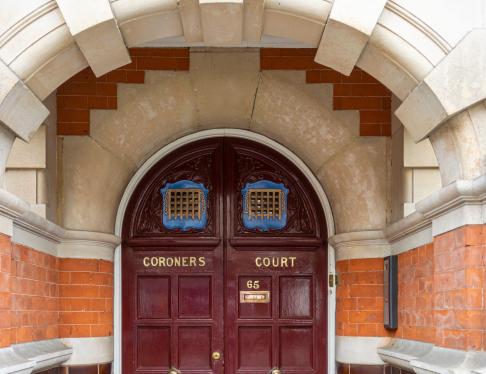 A coroners’ jury has returned a narrative conclusion following a ten-week inquest into the death in police custody of Leon Briggs.

The inquest took place before Her Majesty’s Senior Coroner for Bedfordshire and Luton and a jury. Precautions including twice-weekly onsite testing, courtroom screens, and extensive use of remote links for witnesses and counsel ensured that, following the swearing of the jury, no days were lost as a result of the impact of Covid-19.

Miles Bennett, Denis Barry, Dominic Lewis and Andrew Johnson acted for six police officers. They were instructed by John Downes of Slater and Gordon Solicitors and supported by Jim Mallen and Emma Carter of Bedfordshire Police Federation. The inquest considered the death of Leon Briggs, who died on 4 November 2013 having been detained under s.136 of the Mental Health Act while suffering from psychosis and after having taken an exceptionally high amount of amphetamines. Unbeknown to any of those involved in his detention, he also suffered from ischaemic heart disease.

This is believed to be the first inquest into a death in custody since the Supreme Court held in Maughan that all conclusions in inquests were to be determined on the civil standard, the balance of probabilities. Although the inquest jury here found a number of serious omissions and failures by the police and the ambulance service, they accepted that the use of force was reasonable in the circumstances the officers honestly believed to exist.

Accordingly, the jury rejected the suggestion that the conduct of the officers amounted to unlawful killing. Instead, they returned a narrative conclusion, with a rider that the death was contributed to by neglect on the parts of the police and ambulance services.