A first-rate junior, as well as an accomplished advocate in his own right, Dominic has significant experience of both prosecuting and defending at the highest level.

In recent years, Dominic’s practice has primarily focused on prosecuting and defending in cases of serious fraud, including acting on the prosecution side in SFO and FCA cases. He acted as junior counsel for the SFO in the Barclays US$ Libor trial, and was instructed in the same capacity in the EURIBOR manipulation trial.

Dominic also has considerable experience of defending those accused of the most serious sexual offences, including historical allegations. His temperate and courteous style can act as a helpful contrast to the heat and noise that can be generated by such cases. He is noted for his comprehensive and realistic advice, and the delivery of closing speeches that balance logic and emotion to powerful effect.

His practice encompasses serious driving offences such as causing death by careless driving, cases in which his meticulous approach to preparation and calm manner are significant assets.

Dominic is regularly instructed in an advisory capacity by government agencies, police forces and private individuals in relation to police powers, including for example special procedure search warrants, pre-charge bail and the proper scope of LPP. He also acts in disciplinary proceedings for various professionals, including in particular members of the police force.

Dominic has been appointed to the panel of Special Advocates. This role involves acting on behalf of individuals in cases that may involve sensitive disclosure issues or matters of national security. Since 2015 he has regularly appeared in this capacity in various forums, including SIAC, SVAP, the High Court and the Court of Appeal, developing a particular expertise in TPIM cases and appeals with an immigration focus. He also appears on the AG’s list of barristers authorised to act as independent disclosure counsel in criminal proceedings.

Dominic is qualified to offer advice and representation on a public access basis, meaning that he can be instructed directly by private individuals.

Dominic has appeared on behalf of defendants facing serious allegations across the range of criminal offences, including:

He has also acted on behalf of defendants in the Court Martial, both in the UK and abroad.

In the last few years, Dominic has been instructed by the SFO in a number of cases concerning benchmark interest rate manipulation, including the Barclays US$ traders Libor trial and the Euribor trial. Both cases concerned the manipulation of LIBOR/EURIBOR, key borrowing rates against which large volumes of interest rate derivatives trades are settled each day. He has developed experience of SFO practice and procedures, and has first hand knowledge of the skills requires to manage and present large-scale and complex frauds, from the perspective of both the prosecution and the defence.

Dominic is a CPS Grade 3 prosecutor, with vast trial and appellate experience. He is on the CPS specialist Fraud and Proceeds of Crime panels. He regularly provides pre-charge advice to the CPS in matters of serious and complex fraud. He also prosecutes for local authorities, and advises government agencies and police forces in relation to the use of police powers.

Dominic is regularly instructed (usually by the defence) in road traffic matters, both at first instance and on appeal. He has a proven track record of success in defending against allegations of driving while under the influence of drink and drugs, as well as cases of causing death by careless driving.

Dominic appears on behalf of both the prosecution and the defence in cases in which confiscation proceedings are contemplated. His practice includes instruction in stand-alone cash forfeiture and confiscation hearings, including enforcement proceedings and appeals. Notable successes include securing a stay of criminal sanctions in enforcement proceedings in which the prosecution was applying to enforce an order made around 10 years ago.

He is familiar with all aspects of asset recovery litigation, including receivership and civil recovery - in respect of which he was instructed for one of the respondents in the leading case of ARA v. Green & others [2005] EWHC 3168 (Admin).

Dominic is a member of the Bar Council’s Anti-Money Laundering and Terrorist Financing Working Group, which performs a number of functions, including in particular drafting AML guidance and responding to consultations in this sector.

Dominic also has extensive experience of criminal appellate work, both in the Court of Appeal and the Divisional Court. For a number of years he regularly practiced in the field of consumer crime, on behalf of both the prosecution and the defence. He continues to accept instructions in this field.

Dominic is a Reviewer for Advocate (formerly the Bar Pro Bono Unit). This role involves making an assessment of eligibility in relation to cases that come to the unit, and advising on the types of assistance that it may be appropriate to ask panel members to provide. He has also acted on behalf of pro bono clients – both through the unit and otherwise – in areas ranging from judicial review of costs in family proceedings to the improper exercise of police powers.

Dominic is also regularly instructed in relation to proposed appeals to the Judicial Committee of the Privy Council from various Caribbean states. He continues to be available for advice and representation in appropriate cases on a pro bono basis.

Instructed as junior counsel for the SFO in the Barclays US$ Libor case and the EURIBOR inter-bank prosecution, which between them resulted in 8 defendants being found guilty of conspiracy to defraud relating to the manipulation of a key benchmark interest rate. Involved in four trials between 2016 and 2019 as well as several appeals to the Court of Appeal (including an interlocutory appeal from a ruling at a preliminary hearing concerning the interpretation of foreign law: R. v. B). Instructed to deal with confiscation following convictions in the EURIBOR prosecution.

Appeared on behalf of the (now elderly) manager of a children’s home in the 1970s, charged with sexual offences and child cruelty against 8 different children in his care. Acquitted of the most serious charges.

Acted in three linked prosecutions for large-scale tax evasion by both companies and defendants.

Instructed to prosecute two defendants in connection with the laundering of 100 million euros. The money had been obtained by the first defendant through a fraud practised in Malta upon a shipping company. The money laundering was complex and sophisticated, involving many individuals and corporate identities, and continued even after the first defendant had been arrested and interviewed. The second defendant was a solicitor whose overseas bank accounts were used to receive and transmit the proceeds of crime between several jurisdictions. The trial had a unique dynamic given the lack of legal representation for the first defendant and lasted around five months.

Appeared at both trial and retrial on behalf of a man charged with the systematic sexual abuse of his daughter over a period of around ten years, in which his three other children gave evidence for the prosecution.

Instructed to represent a professional charged with death by careless driving. Submission of no case to answer succeeded.

Appeared on behalf of an elderly man charged with a number of serious sexual offences allegedly committed against the daughter of family friends in the 1970s. The defendant was wheelchair-bound and had a degree of dementia which – while falling short of the level of disability required to render him unfit to be tried – necessitated the use of an intermediary. Acquitted of the most serious charges.

Instructed in the prosecution of the owner of an unlicensed casino in North London. “Big Bluff” – the premises in question – was ostensibly established as a private members’ club, but was operated as a commercial poker club, with tournament prizes on occasion running into the tens of thousands of pounds. The owner was convicted of five counts of money laundering. This is believed to be the first such prosecution to be brought in the Crown Court under the money laundering provisions of POCA rather than under s.37 of the Gambling Act, which created a summary-only offence.

Instructed at short notice to represent a defendant charged with a number of serious sexual offences, including rape, based on allegations made by a young teenage girl. After lengthy argument the allegations were, quite exceptionally, dismissed by the trial judge at the close of the prosecution case.

Instructed as leading junior counsel to represent a female defendant charged with trafficking a vulnerable woman for the purposes of exploitation. The trafficking allegation was dismissed after legal argument pre-trial.

Represented a woman charged with serious historical sexual offences. The defendant faced trial together with her brother at Maidstone Crown Court. The allegations dated back to the 1970s and concerned a series of assaults on two young children. Dominic’s client was acquitted of all charges she faced.

Instructed to prosecute a number of defendants in connection with the mis-selling of HGV licence training courses. Both principal defendants (the owner and sales manager of the company) were convicted of fraudulent trading under s.993 of the Companies Act 2006, and the company was convicted of a number of regulatory offences under the CPUTRs.

Acting for a defendant and his company charged with transporting hazardous waste (CRT TVs) to Nigeria under the Transfrontier Shipping of Waste Regulations 2007. The case arose in part out of an investigation conducted by Sky TV and Greenpeace and was prosecuted by the Environment Agency. Due to the novelty of the law involved in the proceedings the case was considered by the Court of Appeal on two occasions – once as an interlocutory appeal and once post-conviction, where the relevant law was clarified.

Represented a woman charged with s.18 wounding – the circumstances of which were that she was alleged to have stabbed another woman in the face – and perverting the course of justice. Acquitted of both counts.

Instructed to represent a director of a safe deposit company on charges including perverting the course of justice and conspiracy to conceal criminal property. The safe deposit centres in which the defendant was employed were raided back in 2008 as part of Operation Rize, the largest operation ever mounted by the Met Police. Lengthy confiscation proceedings resulted in a nil order being made again Dominic’s client.

Instructed by the defence in complicated confiscation enforcement proceedings. The prosecution was applying to enforce a confiscation order made around 10 years earlier by activating a warrant of commitment to prison in default of payment. It was successfully argued on the defendant’s behalf that, given the length of time that had passed and the way in which the proceedings had come about the weapon of imprisonment ought to be removed from the court’s enforcement armoury. The submission succeeded, the criminal sanctions were stayed and the defendant is no longer liable to imprisonment in these proceedings.

Instructed for the prosecution in “The Ritz Fraud”, both at first instance and in the Court of Appeal (where the conviction was upheld).

Leading counsel, instructed to represent a young man alleged to have been in his time the most prolific graffiti artist in London. The defendant was acquitted of around half of the charges that he faced after extensive cross-examination of a police officer who purported to give expert evidence on the topic of graffiti handwriting styles.

Instructed to advise and represent a solicitor in an appeal against a conviction for failing to disclose substantial assets to the Official Receiver in connection with bankruptcy proceedings.

Instructed as amicus curiae in a complicated fraud trial from which the defendant had absented himself, leading his legal team to withdraw. 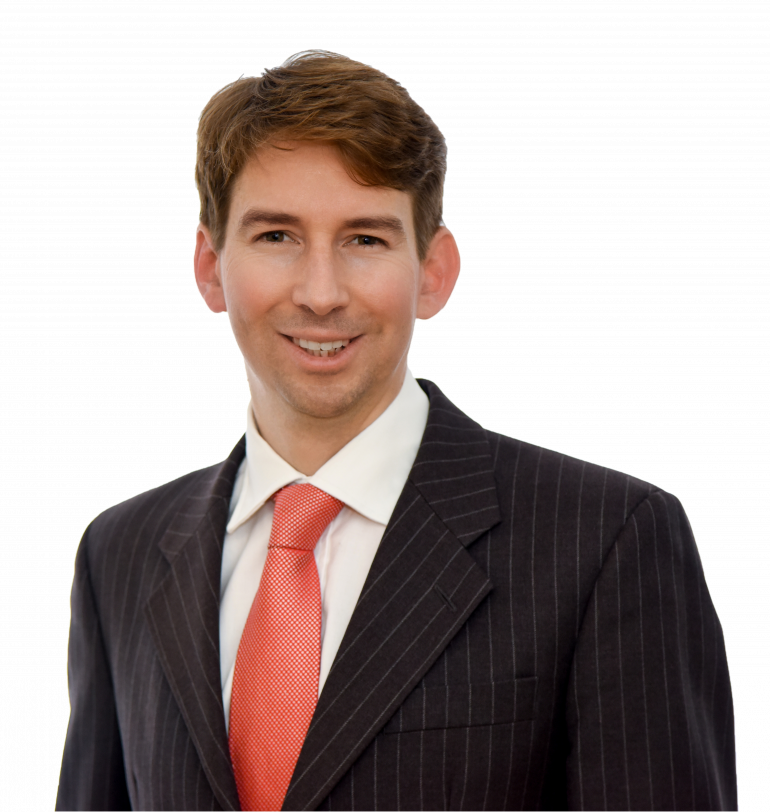 Acquittal in major drug trafficking case
Denis Barry and Dominic Lewis secured the acquittal of their client, who was alleged to have been involved with members of an organised crime netwo...
Read more