Appointed Junior Treasury Counsel in 2015, Deanna is an experienced criminal barrister who is regularly instructed in the most serious cases.

She frequently appears before the Court of Appeal and advises the Attorney General in respect of unduly lenient sentences.

For many years, Deanna has also specialised in health and safety law, for which she is an A List advocate. She also appears at inquests and before professional disciplinary tribunals.

R v Bravery: High profile allegation of attempted murder where a 6 year old boy was thrown from the viewing platform of the Tate Modern.

R v P: Murder of a 6 year old child by her father who strangled her. The case involved issues of diminished responsibility.

R Sidhu; R v Shaid; one of many joint enterprise murders that Deanna has prosecuted, whether involving the use of guns or knives.

R v Baker and Wiltshire: The killing of an infant by her parents who then staged her death on a London bus.

R v Darbyshire: The mercy killing of a father by his daughter. The case required consideration of the legal issues relating to assisting suicide, manslaughter by suicide pact and murder.

R v Kocik: Murder trial, following the discovery of the deceased’s body found floating in a suitcase in the Grand Union Canal. The case involved complex pathological issues resulting from a significant delay between the killing and the finding of the deceased.

R v Speight and others: an allegation of joint enterprise murder, in which a homeless man was tortured over several hours and left for dead. The case involved several vulnerable witnesses and hearsay issues arising from the death of a principal witness.

R v Reid and others: one of many allegations of joint enterprise stabbings Deanna has prosecuted.

R v Reza: Causing death by dangerous driving involving the death of a pedestrian and serious injury to the defendant’s son. The case involved lengthy legal argument and consideration of European Law in respect of the prosecution’s access to his son’s medical records.

R v Doka and others: prosecuting alone a multi-handed conspiracy for the wholesale supply of cocaine in London and the North East by organised gangs in a case investigated by the NCA.

R v Green and others; R v Austin: a multi-handed conspiracy to import 200kgs cocaine by lobster fishermen. This investigation by SOCA resulted in linked prosecutions in the Crown Court and several appeals, involving suggestions of jury interference, mis-directions and applications to adduce fresh evidence all of which were dismissed (see [2012] ECWA Crim 656; [2012] EWCA Crim 2177).

R v Dandash and others; R v El Jamal and others: Multi-million banking frauds involving the creation of numerous accounts in false identities.

R v Clancy Docwra and Walsh: Prosecution of a construction company and their employee resulting from the death of a ground worker during works to expand the Docklands Light Railway. Both defendants were convicted following a contested trial.

R v TDC: Defending a District Council following an outbreak of legionella at their public leisure centres which resulted in a member of the public becoming infected. Following mitigation, the fine imposed was less than 10% of the starting point within the guidelines.

R v Oxleas NHS Trust: Prosecution arising out of an incident at a medium secure mental health unit, in which a patient took a knife from the kitchen, stabbed two nurses multiple times and set fire to the ward.

R v BFK (Bam Ferrovial Kier): Prosecution of an unincorporated joint venture following the death of a worker and injuries to two others in three separate accidents on the Crossrail construction project resulting in a fine of £1m.

R v Adsett and others: Contested prosecution of 3 corporate defendants and 4 individuals following the death of a woman who was killed when window frames weighing ½ tonne fell onto her as she walked through London’s West End.

R v University College London: The prosecution of a university following an explosion at a laboratory which resulted in a student losing the sight in one eye. An appeal against sentence was successfully resisted in the Court of Appeal.

R v Falcon Crane Hire Ltd: Successful prosecution of breaches arising from the ‘Battersea Crane Collapse’ which resulted in the death of two people. Deanna also represented the HSE before the Coroner’s Court.

R v London Waste Ltd [2014] EWCA Crim 1954. The successful prosecution of a statutory breach which was contested in the Crown Court. Deanna also represented the HSE before the Court of Appeal, where the conviction was upheld.

R v Costain Ltd: Statutory breaches resulting from a failure to segregate people and machines at works to widen the M25 and during the redevelopment of Newbury town centre.

R v Brighton and Sussex University Hospital: Statutory breach resulting from a failure to manage legionella over many years, which resulted in a patient becoming infected.

“She really knows her stuff and is a terrifying opponent, in a good way.”

Very diligent, sensible and good to work with.”

“She is really effective in court because she doesn’t have to say too much. What she does say is pure gold.”

‘She has a strong background in dealing with serious crime. ’

"She is an utterly superb advocate and has a razor-sharp intellect."

“A fine prosecutor who is very good and very thorough.”

"An excellent lawyer and jury advocate, with an amazing style: I would certainly not want to be prosecuted by her."

- Chambers and Partners (Health and Safety)

"Her knowledge of the caselaw and regulation is highly impressive." 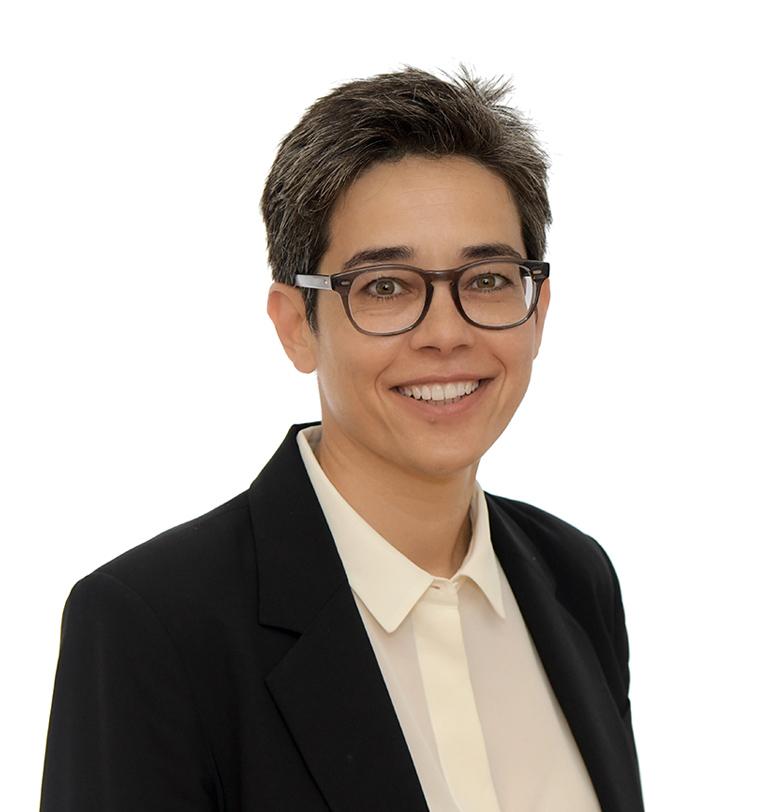 An excellent lawyer and jury advocate, with an amazing style: I would certainly not want to be prosecuted by her.
She is an utterly superb advocate and has a razor-sharp intellect.
Email
PDF
VCard
Call: 1994

Company found guilty following fatal accident
Deanna Heer assisted by Catherine Rabaiotti has secured the conviction of Grundon Waste Management Ltd for an offence of exposing others to the ris...
Read more