Christopher joined chambers in October 2018 following the successful completion of pupillage. He has cultivated a broad and busy practice prosecuting and defending in serious criminal matters before the Magistrates’ Court, the Youth Court and the Crown Court.

Christopher is frequently instructed to represent individuals facing serious criminal allegations, both as a led junior and as junior alone. Christopher’s practice spans the full spectrum of criminal offences, including wounding with intent, fraud, sexual offences, and the supply and importation of prohibited drugs. Clients appreciate his calm and reassuring manner both in conference and in court, as well as his ability to sensitively guide them through the criminal justice system while achieving impressive results.

Christopher has received particular praise for his handling of young and vulnerable individuals, and he is often instructed to represent those with vulnerabilities in both Youth Court and Crown Court proceedings. Christopher also has experience representing young people charged with serious offences who have themselves been the victim of exploitation.

Christopher prosecutes in the Magistrates’ Court and Crown Court on behalf of a variety of prosecuting authorities. He is a member of the CPS General Crime Advocates’ Panel at Grade 2, and he is frequently instructed to prosecute trials, appeals, and Newton hearings in the Crown Court. Christopher’s current instructions include offences of attempted child abduction, sexual assault, and the possession of false identity documents with improper intent. Christopher also provides pre-charge advice, and he has advised on matters such as firearms offences, fraud, and offences against public justice.

Christopher prosecutes on behalf of private organisations, such as Royal Mail, the Federation Against Copyright Theft and the Driver and Vehicle Standards Agency. He also has extensive experience prosecuting on behalf of local authorities.

Christopher is frequently instructed by individuals, companies and insurers to defend a variety of road traffic offences, from allegations of drink-driving to incidents where a fatality has occurred. Christopher regularly appears before the Magistrates’ Court to advance special reasons and exceptional hardship arguments, in respect of which he enjoys an impressive success rate.

Christopher has a growing regulatory practice, and has experience acting for appellants in proceedings against a range of licensing authorities, including Transport for London, local authorities, and the Security Industry Authority.

R v DK (Luton Crown Court): Instructed as a led junior to represent a client charged with conspiring to import and supply significant quantities of Class A drugs worth over half a million pounds.

R v L (Kingston Crown Court): Represented a client charged with the production of Class B drugs. The client was living in a house that had been specifically converted into a commercial cannabis factory. The operation was valued at approximately £500,000. The client was unanimously acquitted after trial.

R v J (Woolwich Crown Court): Represented a client accused of committing a sustained fraud against the Department of Work and Pensions. The client was unanimously acquitted after trial.

R v W (Inner London Crown Court, sitting at the RCJ): Represented a client charged with possession of a bladed article. The client was arrested in the early hours of the morning, and his vehicle was found to contain both a knife and drugs. The client was unanimously acquitted in under one hour.

R v L (Uxbridge Youth Court): Secured the acquittal of a young person facing two charges of assault. The case concerned an allegation that the client had attacked one of her classmates with a glass bottle at a house party, before assaulting the complainant’s boyfriend. The trial involved the handling of seven young witnesses and a variety of special measures. The client was acquitted of both charges after two days of evidence.

R v AS (Highbury Corner Youth Court): Represented a young person accused of assaulting two police officers. Following thorough cross-examination of the police officers regarding their obligations under s.2 PACE, a successful submission of no case to answer was made in respect of both charges.

R v K (Woolwich Crown Court): Represented a prospective Oxford student charged with stealing over £12,000’s-worth of property from his employer. The case received coverage in the London press.

R v B (Inner London Crown Court): Represented a client at a sentencing hearing, following guilty pleas to offences of affray, assault and criminal damage. The client had forced entry into his ex-partner’s house before launching a sustained assault on her and her new partner, during which he equipped himself with a kitchen knife. Christopher successfully mitigated on behalf of the client, and, following detailed submissions on the client’s previously undiagnosed mental health conditions, the sentencing judge imposed a community order, a penalty well below the starting point set out in the Sentencing Guidelines.

R v A (Ipswich Crown Court): Represented a client at a sentencing hearing, following the client’s guilty pleas to possessing ketamine with intent to supply, careless driving and drug-driving. The client had been stopped by police and had been found with quarter of a kilogram of ketamine in his car, and a subsequent blood test revealed that the level of ketamine in his blood was 17 times the legal limit. Christopher successfully persuaded the sentencing judge to impose a suspended sentence.

R v B (Croydon Crown Court): Prosecuted an individual charged with threatening members of the public with a knife in a busy public park. The defendant was unanimously convicted by the jury after trial.

R v K (Isleworth Crown Court): Prosecuted an individual charged with possession of cocaine and heroin with intent to supply. The defendant was unanimously convicted by the jury after trial.

R v A (Croydon Crown Court): Prosecuted an individual charged with a commercial burglary. The defendant was unanimously convicted by the jury after trial.

R v C (Harrow Crown Court): Prosecuted an individual charged with the burglary of a dwelling. The defendant ran a cut-throat defence against his co-accused, who had absconded prior to the trial. The defendant was unanimously convicted by the jury in under 45 minutes.

R v S (Isleworth Crown Court): Prosecuted a Newton hearing where the Defendant, who had pleaded guilty to offering to supply Class A drugs, alleged impropriety by an undercover police officer. The matter required the officer to give evidence anonymously. The Defendant’s account was rejected in full.

London Borough of Haringey v M (Highbury Corner Magistrates’ Court): Prosecuted an individual accused of benefit fraud. The fraud had been sustained over a period of 18 months and resulted in a loss of over £37,000. The defendant was convicted and committed to the Central Criminal Court for sentence, where a substantial custodial sentence was imposed. The case received local press coverage:

Fenland District Council v H and CL (Peterborough Magistrates’ Court): Prosecuted a company and its director for a string of commercial-scale fly-tipping offences committed over a 12-month period. Both defendants were convicted after trial, and the defendants were ordered to pay over £24,000 in fines, compensation and costs. The case received local press coverage:

Royal Mail v A (Kingston Crown Court): Prosecuted a defendant who had stolen nearly £50,000’s-worth of packages during the course of his employment as a postman.

R v W (Bulford Court Martial): Represented a sergeant charged with disgraceful conduct, arising from the sending of an unsolicited explicit photograph to a NATO colleague during a foreign peace-keeping mission. A plea to a lesser offence was successfully negotiated, and, following detailed mitigation, Christopher successfully persuaded the Board to draw back from dismissal, a reduction in rank, or a sentence of detention. A financial penalty was imposed, and the client was able to resume his career.

R v R (Catterick Court Martial): Represented a client charged with two offences of supplying Class A drugs. The Sentencing Guidelines for such offences prescribe dismissal and imprisonment in all but the most exceptional of circumstances.  Following comprehensive and detailed mitigation, Christopher successfully persuaded the Board not to dismiss his client, and to impose a short period of detention at MCTC instead of imprisonment.

R v A (Catterick Court Martial): Represented a client charged with three offences of criminal damage, arising from the destruction of £20,000’s-worth of civilian property on two separate occasions over a period of six months. Following comprehensive and detailed mitigation, Christopher successfully persuaded the Board not to dismiss his client, who was able to resume his career.

R v S and others (Catterick Court Martial): Represented one of six defendants charged with 10 disciplinary offences arising from what was said to be a systematic campaign of bullying against a junior soldier.

R v M (Catterick Court Martial): Represented a client charged with ABH. The incident was committed under the influence of alcohol and involved a sustained attack resulting in substantial injuries; in the event of conviction, a sentence of imprisonment would have been almost inevitable. Christopher successfully negotiated a plea to a lesser disciplinary offence, which ensured that the client did not receive a criminal record and, following successful mitigation, Christopher persuaded the Board to impose a financial penalty.

F v Transport for London (City of London Magistrates’ Court): Represented a client in appellate proceedings against TfL concerning the interim suspension of the client’s private hire vehicle licence. TfL were persuaded not to resist the appeal after written representations were made highlighting the fact that TfL did not have any statutory power to impose an interim suspension, and that such a sanction was therefore unlawful.

I v Security Industry Authority (Poole Magistrates’ Court): Represented a client in an appeal against the suspension of his licence following an allegation of rape made during the course of the client’s employment.

Outside of court, Christopher holds a black-belt in jiu-jitsu, and is a keen footballer, having played competitively for over 15 years. 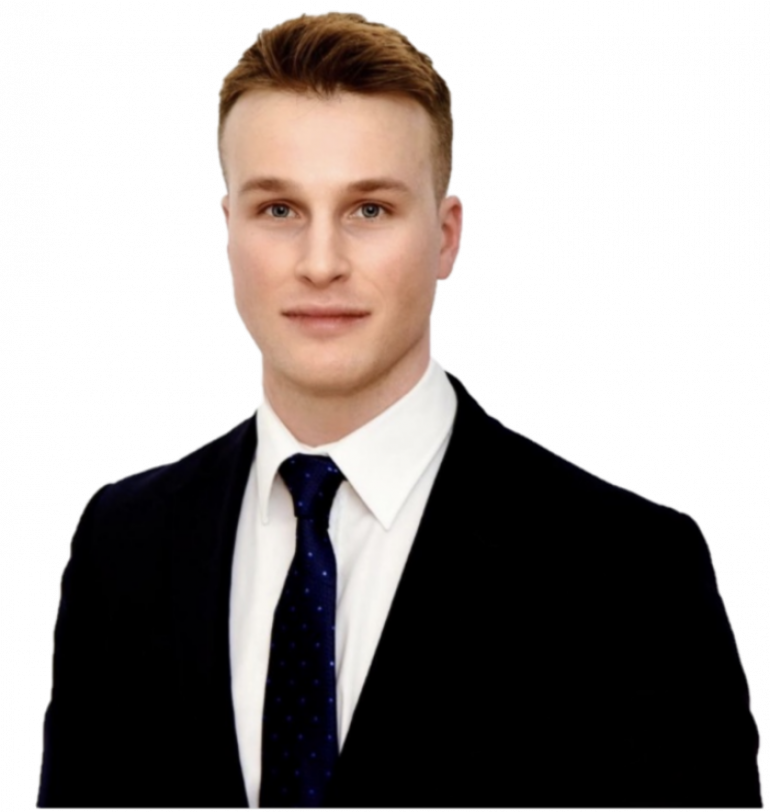