Miriam is developing a diverse practice with an increasing emphasis on extradition, quasi-criminal public law and public inquiries.

With this experience, Miriam has appeared in criminal courts, the High Court and various specialist tribunals. She is vetted to SC level.

Miriam acts for requested persons and judicial authorities in extradition proceedings, both at first instance and on appeal.

She has acted in a range of cases involving arguments relating to the competence of a prosecutor or court to issue European Arrest Warrants, prison conditions and the sufficiency of prison assurances, conviction in absence and lack of retrial rights, the validity of European Arrest Warrants, physical and mental ill-health, human trafficking. Miriam is well-versed at arguing cases involving delay and the disproportionate effect of extradition on a requested person’s right to a family and private life (Article 8) and has acted in complex cases involving, for example, the relevance of youth sentencing and the illnesses of other family members including children.

Since 2018, Miriam has been instructed by the Commissioner for the Metropolitan Police Service in the Undercover Policing Inquiry chaired by Sir John Mitting. Miriam is also currently instructed as a junior junior to the Brook House Inquiry.

Miriam has appeared in coronial proceedings, representing families of the deceased and institutional interested persons. She has been involved in cases involving medical and psychiatric treatment and deaths in state custody, and has experience of making successful submissions on the engagement of Article 2.

Miriam provides advice and representation in Parole Board hearings and associated judicial review claims. She has acted successfully in factually complex parole cases and for prisoners many years over tariff.

Before her career at the Bar, Miriam volunteered at Prisoners’ Advice Service for two years. She advised prisoners on a wide range of prison law matters, including the merits of potential civil claims and judicial review claims, and assisted with legal advice clinics in prisons in London. Accordingly, Miriam is very familiar with the wide-ranging issues faced by prisoners during their time in custody and has experience of matters such as adjudications, categorisation reviews and the imposition of licence conditions and their respective means of challenge.

Miriam has been instructed by a range of government departments and agencies, including the DVLA, the Home Office, the Ministry of Justice and Ofqual. As a member of GLD’s junior junior scheme, she drafted summary grounds of defence in a range of immigration challenges in the Upper Tribunal and was involved in a disclosure exercise relating to the high-profile case of Harry Dunn and diplomatic immunity at RAF Croughton.

Miriam also advises and appears for claimants in judicial reviews and appeals in quasi-criminal matters. She has advised on challenges relating to the disclosure of criminal convictions and has appeared before the Upper Tribunal in an appeal against inclusion in the children’s barred list. Miriam has acted successfully for the victims of crime and their family members in a number of criminal injuries compensation cases, both on appeal to the First-tier Tribunal and in judicial review proceedings before the Upper Tribunal. As sole counsel, Miriam successfully secured permission to appeal from the Upper Tribunal in a complex case concerning the scope and interpretation of the test for applying to re-open an award of compensation despite not acting below.

As a member of the Centre for Women’s Justice Legal Reference Panel, Miriam also provides advice and assistance on a pro bono basis to female victims of physical and sexual violence seeking to challenge decisions not to prosecute by the police or the CPS under the Victim’s Right to Review Scheme. She successfully challenged one such decision prior to the issue of judicial review proceedings.

Miriam has been appointed to the CPS Specialist Proceeds of Crime Panel at Level 2.  She acts in confiscation proceedings, both when having dealt with the underlying criminal allegations and after trial. Miriam is well versed with the complexities of the legislation and practical requirements to ensure the best possible result for her clients.

Miriam also has experience of cases raising third party interests. She acted for an interested party under section 10A of POCA in contested confiscation proceedings where the alleged benefit was over £1 million and there were parallel property determinations and divorce proceedings in the Family Court. She has successfully applied to increase the available amount for confiscation where third party interests were raised for the first time in renewed proceedings.

Miriam prosecutes and defends in the magistrates’ court and Crown Court. She has experience of cases concerning a broad range of criminal offences including serious and domestic violence, theft and fraud, public order, offensive weapons, drugs, sexual offences and driving offences.

R v DP (Aylesbury Crown Court) – prosecuting DP on behalf of a local authority for multiple counts of fraud valued at £250,000 relating to the advertisement and sale of misdescribed motor vehicles over a 2 and a half year period.

R v NW (Kingston Crown Court) – negotiated, on the day of trial, an out of court disposal for a defendant charged with multiple counts of benefit fraud. All counts were left to lie on the file.

R v BH (Ipswich Crown Court) – secured a sentence of 8 years 8 months’ imprisonment following a guilty plea to section 18 wounding, where the defendant stabbed his wife in the head and face multiple times using a screwdriver-like implement in the presence of their 13-year-old daughter. Two of the blows penetrated the complainant’s skull; she required surgery to her brain and remained in hospital for 10 weeks. The case was reported in the local press.

R v HI (Harrow Crown Court) – representing the defendant, who was jointly charged with possession of two knives found in a vehicle. He denied knowledge of the weapons from the outset of proceedings, maintaining they belonged to the co-defendant who was involved in gang-related drug dealing. Following a PII hearing on the day of trial, the Crown offered no evidence against Miriam’s client.

R v KL (Willesden Youth Court) – secured a Youth Rehabilitation Order with Intensive Supervision and Surveillance requirements for an 18 year old defendant convicted after trial of a third knife offence. The case was reported in the local press following legal argument about the reporting restrictions applicable to youths who turn 18 during proceedings.

R v IE (Willesden Magistrates’ Court) – successfully applied on the date of sentence to vacate the defendant’s guilty plea to a charge of driving without insurance on the basis of previous erroneous legal advice. A not guilty plea was entered and the defendant was tried immediately and acquitted.

R v KB (Luton Magistrates’ Court) – successful submission of no case to answer on a charge of assault PC on the basis the officers concerned had unlawfully detained the defendant and therefore were acting outside the lawful execution of their duty at the time of the alleged assault.

Miriam has acted in a number of appeals against conviction and sentence in the Crown Court. She has also acted successfully in an appeal referred by the CCRC on the basis of a change in the understanding of the law relating to the refugee defence under section 31 of the Asylum and Immigration Act 1991, resulting in a 15-year-old conviction for an identity offence being quashed.

Miriam is particularly interested in the intersection between public and criminal law and advises on challenging decisions of criminal courts and public bodies in the criminal justice system by way of judicial review. Miriam appeared as sole counsel before a Divisional Court in Mishra v Colchester Magistrates’ Court; Colquhoun v Stratford Magistrates’ Court [2017] EWHC 2869 (Admin), which clarified the law surrounding the 21-day time limit for applying to the magistrates’ court to state a case.

Miriam has been appointed to the Centre for Women’s Justice Legal Reference Panel. She provides advice and assistance on a pro bono basis to female victims of physical and sexual violence seeking to challenge decisions not to prosecute by the police or the CPS under the Victim’s Right to Review Scheme.

Miriam has been instructed by local authorities to prosecute a variety of criminal and regulatory matters including consumer frauds, environmental offences, school attendance offences, breaches of food safety and hygiene regulations, taxi licensing and breaches of consumer regulations.

Miriam has also been instructed in prosecutions by Royal Mail, the Architects Registration Board, the Federation Against Copyright Theft, the Office of the Immigration Services Commissioner and the National Probation Service.

R v CM & M Ltd (Aylesbury Crown Court) – prosecuting, on behalf of a local authority, a defendant and his company for 10 offences contrary to the Consumer Protection from Trading Regulations 2008.

R v AE (Westminster Magistrates’ Court) – representing a doctor, prosecuted by a local authority, for misuse of a blue badge.

ARB v AG & AA Ltd (Southend Magistrates’ Court) – prosecuting, on behalf of the Architects Registration Board, an individual and a company for use of the title ‘architect’ on the company’s website and in online advertising of its services when not registered to do so. 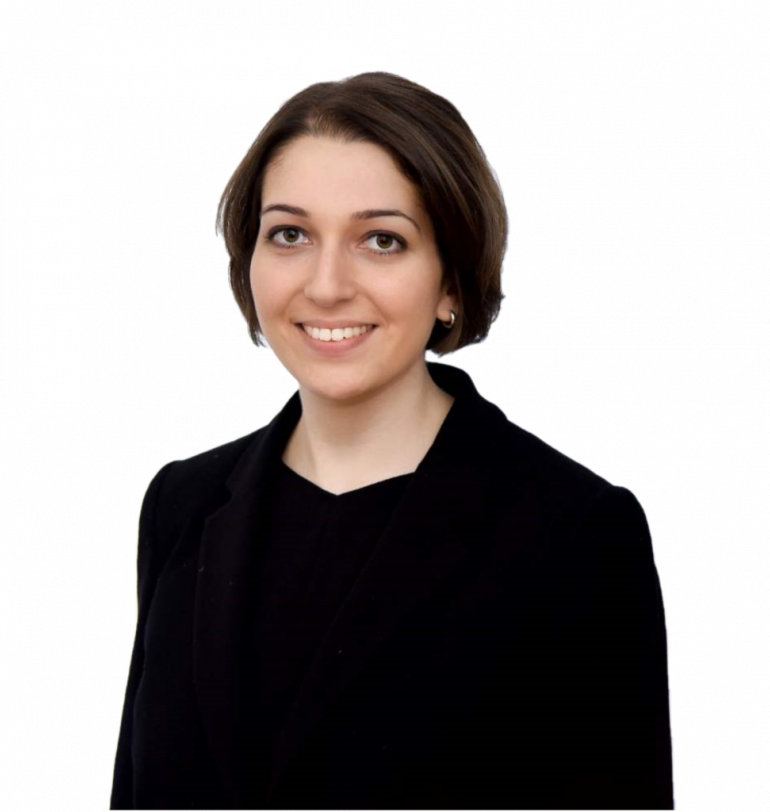 Conviction Quashed Following CCRC Referral
The conviction of a man who presented a false identity document at Stansted Airport has been quashed, following a referral by the Criminal Cases Re...
Read more