Michael defends and prosecutes a full spectrum of serious and complex criminal cases.

He has successfully represented defendants facing a wide variety of allegations including armed robbery, fraud, GBH and sexual assault.  He is approachable with clients and tenacious in securing the best possible outcome for them.  He is trained and experienced in handling vulnerable witnesses and has been commended for his careful and sensitive approach to cross-examining a young witness through an intermediary.

Michael has successfully prosecuted allegations of murder, tax fraud, arson and fraudulent trading for the CPS.  He has developed particular expertise in prosecuting on behalf of other organisations including local authorities, the Federation Against Copyright Theft (FACT) and the Driver and Vehicle Standards Agency (DVSA).  He provides incisive advice at all stages of an investigation to ensure the best possible prospects of success at trial and beyond.

His experience extends to the Court of Appeal where he has succeeded in overturning a defendant’s conviction for an attack on a pregnant ex-partner on the basis that the trial judge had wrongly admitted hearsay evidence (R v Tindle, cited in Archbold at 11-21).

Michael represents a variety of professionals in proceedings brought against them by their regulatory bodies.  He has appeared in cases brought by the GMC, NMC and HCPC.

Michael was junior prosecution counsel in a murder trial arising out of the stabbing of a 17-year old boy.  The prosecution won a complex legal argument over the admissibility of covertly recorded evidence and the defendant was convicted.

Michael persuaded the Court of Appeal to quash the defendant’s conviction for assaulting his pregnant ex-partner on the basis that the trial judge had wrongly admitted hearsay evidence. Stanley Burnton LJ concluded that: “Only in rare circumstances, if any, can it be right to allow evidence of this importance to be adduced when there has been a failure to take reasonable steps to secure the attendance of the witness. There was no justification for it to be admitted in the present case.”

Michael was instructed by a local authority to prosecute this large-scale fraudulent trading case.  He advised on the charges, appeared in the Crown Court and ultimately the Court of Appeal where the defendant’s sentence was upheld.

The defendant was alleged to have pursued a 19-year old girl along a street and then dragged her into a wooded area to sexually assault her.  The defendant was acquitted after Michael succeeded in adducing hearsay evidence recorded by the police during the original investigation which fundamentally undermined the timeline of events described by the complainant.

Michael was junior defence counsel in one of the first major prosecutions under the Bribery Act 2010.  The case arose from an investigation backed by a national newspaper and subsequently taken on by the National Crime Agency into match fixing in English football. The trial involved covert surveillance evidence, evidence from an undercover operative and a huge volume of communications data.

Michael was junior prosecution counsel in this £137m tax fraud.   After an 11-week trial all three defendants were convicted.

Michael prosecuted a defendant who attempted to stab a police officer outside Charing Cross police station.  The court heard evidence from three psychiatrists before imposing a Hospital Order.

Michael was junior defence counsel in this 8-week armed robbery trial.  The case featured a vast quantity of mobile telephone data upon which Michael cross-examined the cell site expert instructed by the prosecution.

Michael represented the first defendant in confiscation proceedings arising out of a complex Access to Work fraud.  The trial judge commended his submissions and explained that they had persuaded him that the reverse burden imposed under the 1988 Act had been satisfied and that the confiscation order should be reduced by over £500,000.

Michael was junior prosecution counsel in a case brought against a quantitative analyst working at a London hedge fund who committed fraud by abuse of position.  He accessed extremely valuable code belonging to his employer and fled to Hong Kong intending to use it to make £1m or more.  He was arrested by Hong Kong police and extradited back to the UK where he was convicted.

Michael successfully prosecuted a defendant who had defrauded his nieces and nephew of the money left to them by their late mother.

The defendant was said to have committed two sexual assaults in a unique manner which matched his previous convictions for sexual assault.  He was deemed unfit to stand trial and Michael was appointed to represent his interests in the trial of the facts.  Michael made a successful submission of no case to answer in respect of one of the allegations on the basis of the prosecution’s flawed chain of evidence of identification.

Michael prosecuted a case described by the Director of Brent & Harrow Trading Standards as: “one of the worst possible examples of a bogus builder deceiving and defrauding the public”. 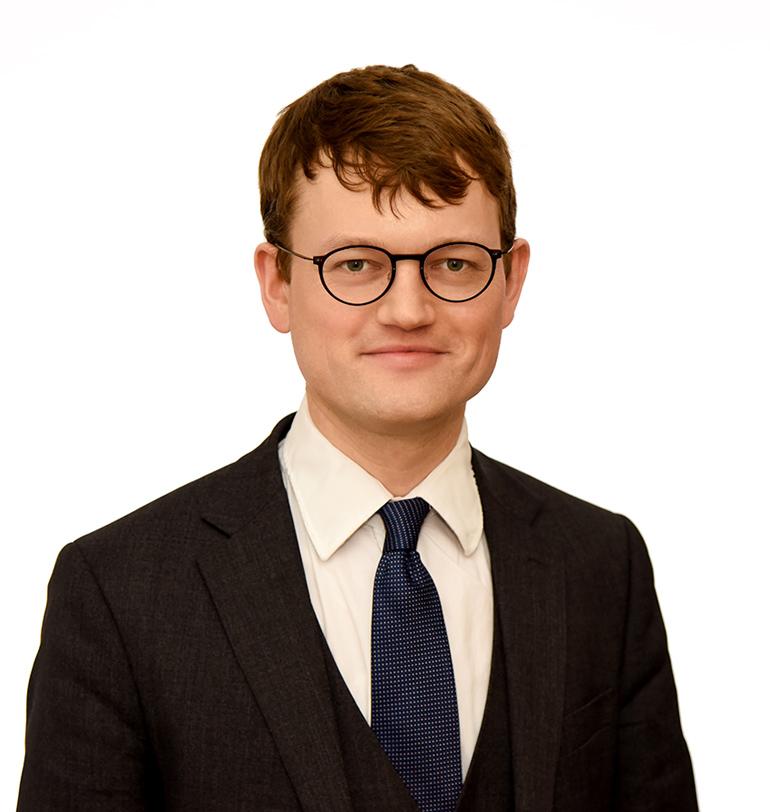 a winning combination of character, determination and skills, which are precisely what a client needs in a difficult case
Email
PDF
VCard
Call: 2008