Charlene has a mixed criminal practice balancing both defence and prosecution work and is a Grade 4 prosecutor on the General Crime Panel, Specialist Fraud Panel and Serious Crime Panels.

She has a calm, approachable and easy-going manner which makes her particular suitable for dealing both with difficult or vulnerable clients and those cases where vulnerable witnesses are involved. She has experience of being a sole junior, leading junior and led junior advocate in a range of offences including murder, manslaughter, GBH, rape and other serious sexual offences (including historic), Arson and Serious and complex fraud. She has a strong reputation in those cases where telephone or complex banking evidence requires close attention. She is increasingly instructed in cases where there are complicated issues arising over the biological evidence, its storage and its testing and has lectured on the same. She is renowned for having a strong understanding in cases where there is complex medical or scientific evidence to be analysed and presented.

Charlene has a strong background in consumer rights and regulatory law. She has a wealth of experience in offences arising out of the Consumer Protection from Unfair Trading Regulations, Copyright and Trademark offences and Food and Product safety and recall. She is a contributing author to the Blackstones Guide to the Consumer Rights Act 2015 and has had articles published in Trading Standards Journals. She has appeared in all levels of proceedings for both local authorities and defendants including appearing before the High Court (Civil Division) on injunctive relief proceedings. She regularly provides training for Local Authorities on all aspects of regulatory law and is able to advise business on compliance regimes and due diligence.

Charlene has prosecuted for a wide number of local authorities and Private Prosecutors in all areas of Trademarks, Copyright, Environmental, Food Safety and Consumer offences. She has particular expertise in all areas involving the entertainment industry

She has prosecuted a multi-national food importer for contaminated food that had made its way to the consumer. The company had failed to notify the FSA and failed to issue a product recall. She has appeared in numerous cases involving products which fell foul of European Safety Directives.

She has represented numerous businesses charged with regulatory offences and has provided advice and training on due diligence regimes.

Operation Boulevard – (ongoing) – Junior prosecution counsel (being led by Miranda Moore QC) in a case of Murder of a baby. The crowns case is that the defendant has shaken the child causing massive head trauma which caused a cardiac arrest from which the child died a number of months later after life support was withdrawn. The case involves complex medical evidence, from Neurologists, Ophthalmologists, Haematologists, Paediatric Specialist’s and Pathologists. Alongside the complicated medical evidence there is also a large volume of material from Fact Finding Hearings in Family Court proceedings, that has been analysed for both evidential and disclosure purposes.

Operation Foremark – Leading prosecution advocate (leading Carolina Bracken) in a substantial insurance fraud. The allegations arise out of a staged burglary at the home address of the defendants. The case involves the alleged theft of over £250,000 of antiques and as such involves a significant amount of expert evidence. Defendant face charges of fraud and perverting the course of justice. Additionally in the course of reviewing the case it became clear that the defendant’s had also perpetrated a large scale mortgage fraud and additional charges were added and the cases joined. The defendant received a sentence of 8 years imprisonment having been convicted of all counts.

Operation Pileated – sole instructed prosecution counsel in a 7 handed courier fraud. All the victims were vulnerable and elderly. The case involved over 20,000 pages of complex telephone and vehicle tracking data, as well as observation evidence. The trial lasted 6 weeks. All defendants were convicted and all received substantial sentences of immediate imprisonment. Following this Charlene was subsequently instructed as junior counsel alongside James Norman to prosecute Operation Pleach (2018) an 11-handed version of the same offending investigated by the same police unit. This case resulted in a successful prosecution of the defendants. Confiscation and Serious Crime Prevention Order Applications are still ongoing.

R v HT - Charlene was sole instructed advocate in this tax avoidance case. The defendant is a notable military historian who over a period of 6 years worked for the MOD and various television companies. He had paid no tax on earnings of £1 million. His defence was that he was a bit of a “peter pan” character and lived a dysfunctional lifestyle. He had not actively avoided his tax obligations but they simply never occurred to him. Following Charlene’s opening the defendant entered a guilty plea to the indictment. He was subsequently given an immediate custodial sentence. POCA proceedings are ongoing.

R v AN  – Charlene was instructed to defend this 89 year old man into allegations stemming from over 45 years ago into sexual abuse of family members. Her client was medically unwell and unable to physically get to court for trial. He had no mental conditions that would otherwise have prevented him from giving evidence in his own defence. Charlene successfully argued that as special measures did not apply in her clients case to enable him to participate in his own trial the case should be stayed as an abuse of process.

R v CM – Following a 2 week trial Charlene secured acquittals on all counts for a 74 year old man who was alleged to have been sexually abusing his granddaughters. The case involved the cross examination of young and vulnerable witnesses.

R v DA and 5 others – Following a successful application made at half time Charlene’s client was acquitted of violent disorder arising out of an incident at the Croydon branch of “Tiger Tiger”. Following careful cross examination of both door staff and police on appropriate restraint techniques and the danger of positional asphyxiation the judge acceded to the submission that the danger to the restrained person was such that the behaviour attributable to her client was no more than necessary to protect another from the risk of serious injury and death. Other defendants were convicted.

Operation Moccasin – Charlene acted as junior defence counsel to two separate defence teams in this 10 handed paedophile ring case. The case involved allegations emanating from 5 young siblings for which her clients were the maternal aunt and uncle. A novel approach was taken to the cross examination of these young witnesses whereby rather than putting questions to the witnesses a schedule of “inconsistencies” was put before the jury. Charlene was responsible for the creation of this document which involved cross referencing thousands of pages of material from the family court alongside the numerous ABE videos and diaries of disclosures kept by the children’s foster carers. Charlene’s clients were acquitted of all charges after a 3-month trial

Case arose out of a complaint to the ASA. The case involved Mr Denton claiming to be a “Doctor” that operated out of rooms at Harley Street. He offered “live blood tests” to his clients for a large fee. The blood would be examined under a basic microscope and Mr Denton would find various “artefacts” in the drying blood from which he claimed to be able to tell that the patient was suffering from all sorts of aliments. He was then able to prescribe various medicines including colloidal silver which he said would cure all including HIV/AIDS and cancer. Charlene called Professor Allan Hoffbrand one of the foremost Haematologists in the world. One of the reasons for her instruction in this case was her ability to understand, analyse and explain complicated medical evidence in an easily comprehendible way to juries. Mr Denton was subsequently convicted.

East Riding of Yorkshire v Stephen Parry – Charlene was instructed in this case pre charge in order to provide specialist advice to the Local Authority into the offences under the Copyrights Designs and Patents Act 1988. The case involved the “jail breaking” and “modchipping” of various games consoles. Mr Parry also faced charges of money laundering. He pleaded guilty to over 20 charges. He received a lengthy sentence of immediate imprisonment which is rare for Copyright cases. Charlene also conducted the Proceeds of Crime hearing to a successful conclusion earlier this year.

Luton Borough Council v Mohammed Ashraf – Charlene acted on behalf of the local Authority in this prosecution of a serving councillor who was found guilty after a 2 day trial of falsifying documents and making fraudulent claims out of the running of his travel agency. The case also involved offences under the Civil Aviation (Air Travel Organisers' Licensing) Regulations 2012.

Charlene was instructed alongside Miles Bennett on behalf of Hertfordshire County Council in the Inquest of Mr Santosh Benjamin Muthiah. One of her roles was to assist the Coroner in devising a disclosure regime into the material held by the County Council which it had obtained only by virtue of its powers to compel material. She is increasingly instructed by local authorities when they are made properly interested parties to the proceedings.

Charlene has lectured on the Extreme Pornography Provisions and the way in which they are being used and misused by the CPS.

She has delivered seminars at the Trading Standards Conference for the last 14 years on a variety of topics involving all aspects of Consumer Law including product safety and product recall. She regularly provides training for prosecution authorities including the ever popular “how not to lose a perfectly good case”.

R v Stephen Sleaford (Murder) (Lincoln CC). Led by Julian Christopher QC in a case that caught the attention of the press as it involved the murder of a polish immigrant who was in the process of sexually assaulting a lone 18-year-old female.

R v Thompson (Counterfeit children’s toys) (Hull CC and Court of Appeal) [2012] 1 W.L.R 571. Sole counsel instructed for the prosecution. Following a successful prosecution of Mr Thompson for selling counterfeit children’s toys the case was appealed on the basis that further counts should not have been added to the indictment post committal. The conviction was upheld and the case is now a leading authority on the amendment of indictments

Oldham Metropolitan Borough Council v Worldwide Marketing Solutions Limited and Kay [2014] EWHC 1910 (QB) – Charlene acted on behalf of both defendant’s in this case which considered the ambit of S222 of the Local Government Act when bringing enforcement action outside of the area of the local authority.

R v Thompson and Langley (Counterfeit currency) (Hull CC). Instructed as the sole advocate in the successful prosecution of these two males for making and using counterfeit currency. The case involved calling expert evidence on the making of UK and Euro notes.

R v Green and Others (Importation of 280KG Cocaine) (Kingston CC) Led by Julian Christopher QC. Appeared for the first defendant in a case that involved the importation via “coopering” from container ship to lobster fishing vessel. The case involved assimilating large amounts of telephone and satellite phone data alongside the “olex” data from the plotter on board the fishing vessel.

R v L (Rape, indecent assault on a child) (Wood Green CC) Led by Nicholas Fooks. Appeared as a Led junior in a case involving 8 separate complainants and over 30 sample counts of sexual abuse arising out of the operation of a riding school in the 60s and 70s.

R v Canadian Timber Homes and Browne (Business Protection from Unfair Marketing Regulations) (Reading Magistrates). Successful defence of company and director on a number of counts arising out of the regulations. The issue was whether a school contracting with CTH in the buildings for schools project could be considered as a business rather than a consumer. They were not found to be a business. 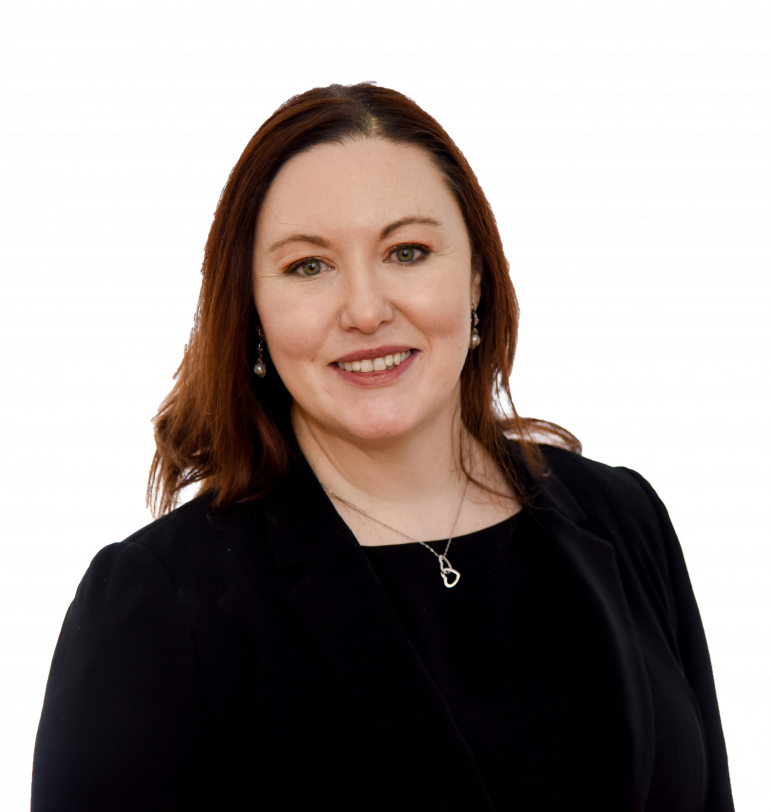 She has developed into a leading junior
A strong personality who is a fierce performer in court. She's very knowledgeable, brings a lot of energy to a case, and is good with tricky clients